In a mission to move away from building all of my projects with PHP, and broaden my tech stack, I decided it’s about time I learned to use React.

I knew what I was doing, but I wanted the opinions of the experts on what was truly the best way to learn React, and boy did I get a good level of response…

Gaining over 100 responses in under 24 hours I was all set to get studying!

Many developers sent me links to different courses, some to newsletters and some even made a point about me wasting other people’s time on Twitter when I should’ve just googled it, cheers for that, will consider it next time!

I eventually settled on the highly recommended Scrimba React course, which so far has gone very, very well!

Learning new things is so important to progress as a developer. Things are changing all the time and it’s important to at least try to keep up with the demands of the industry, so that was my mission. Modernise my code, open new doors to better options, and broaden my stack.

This not only helps me to keep track of my journey and find motivation, but I hope it will also have an effect on other developers who want to learn similar things and encourage them to do it and share their experiences!

What have I learned so far?

So far I have learned the basics of JSX, using JavaScript in JSX, using React Props (these are really cool!) and so much more!

I have produced projects as guided by the course including solo projects with a bit more of my touch to them.

So far alongside the course, I have built:

Now, this may not seem like a lot but I sure have learned a lot and the aim here is to inspire you to learn something new as well. 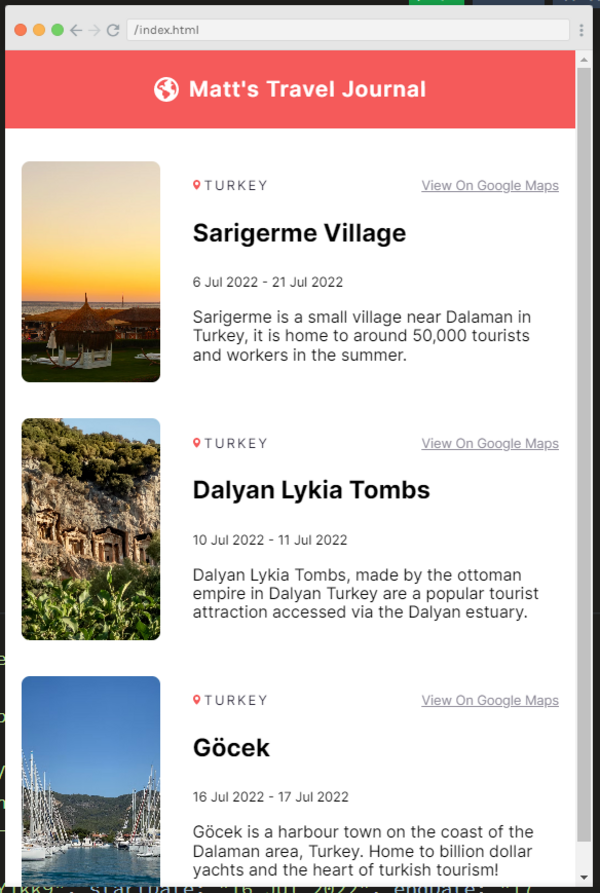 Where I plan to take this...

Many people are likely wondering, why now, what next? Well, I have been trying to take part in Hacktoberfest and HackSquad this month to improve my contributions to open-source software. Throughout the month I have made friends with developers around the world as well as expanding my stack, and knowledge of open-source, and even made progress on my own open-source project!

Through this project, I have worked with other developers and made a side project to build a website with React to market the main browser extension - choosing React as it is a widely recognised library amongst modern web developers.

I plan to use my newfound knowledge of React to build this website along with my future web development projects!

Through this, my GitHub profile has also seen some drastic improvements, including new achievement badges, which I’m extremely proud of too!

Take a look at all the open-source projects I'm working on and contributing to here: github.com/ImMattDavison